The unemployment rate is at a near half-century low.  Wages are surging at their fastest pace in nearly a decade.  And we are seeing an historically high number of job openings, with over 7.3 million jobs available today.

Simply put, it is a great time to be an American worker.

Workers need Congress to continue this historic economic expansion.  This is why it is vital that we pass the new United States-Mexico-Canada Agreement (USMCA). 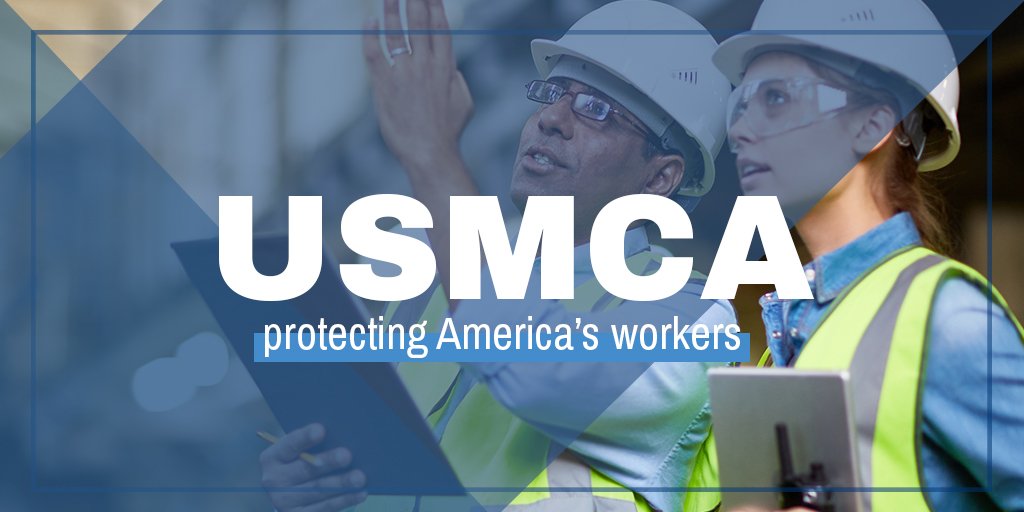 The USMCA, a new trilateral free trade agreement among the U.S., Mexico, and Canada, supports American workers in many ways.

Each day of delay in passing this new trade agreement hurts U.S. workers.  Check out what leaders in the U.S. are saying as support for this important trade deal continues to grow.

“Under the USMCA, American auto workers will have the opportunity to compete and win like never before.  The USMCA will eliminate NAFTA’s loophole that lets foreign car companies buy auto parts from China or Europe, assemble them into vehicles in Mexico, and then sell those vehicles duty-free in the United States.”

“The deal would be a boon to our economy and help create jobs in our manufacturing sector and boost wages for American workers.”

“In 2017 alone, Indiana exported over $18.2 billion worth of goods to Canada and Mexico, and more than 233,600 workers depended on trade in North America. Our producers rely on strong agreements to keep American-made products moving with our partners, and Hoosiers know that increased job opportunity leads to economic growth and stability.” 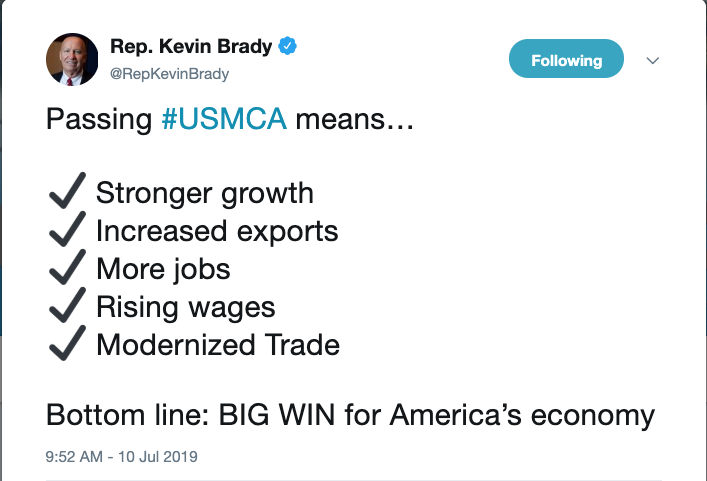 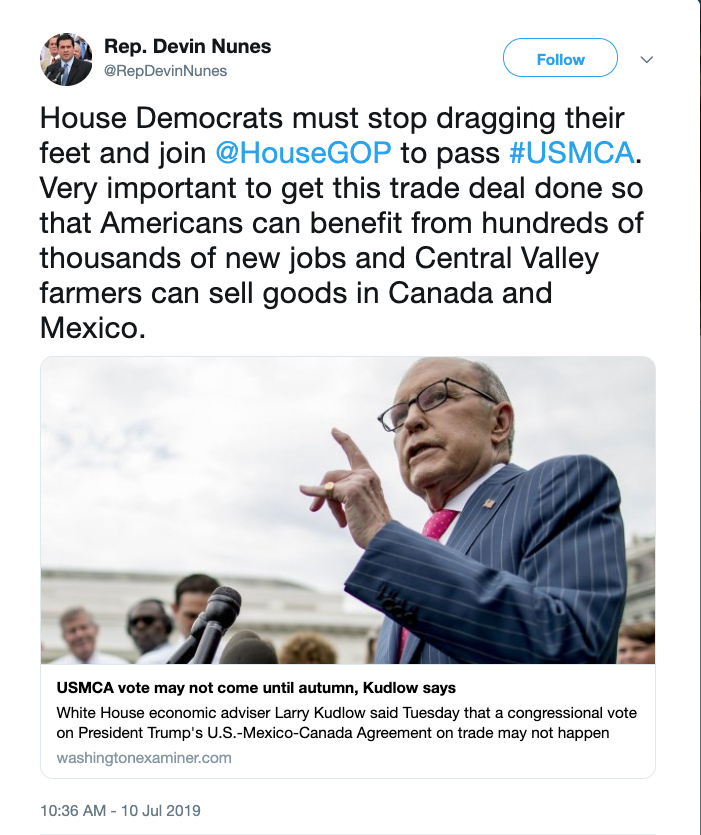 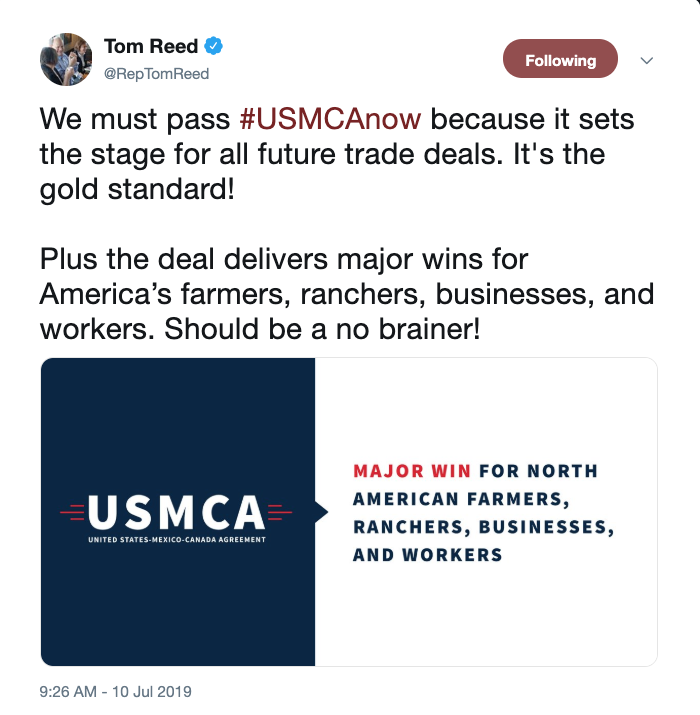 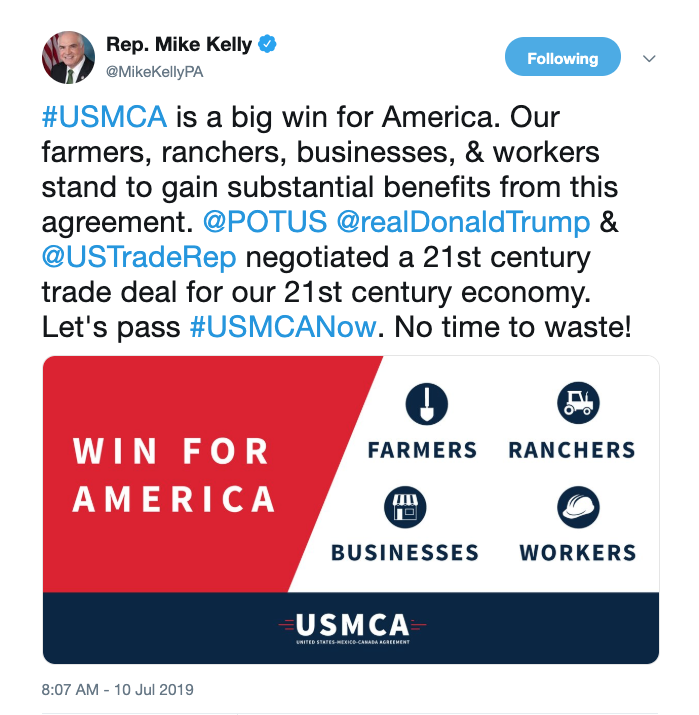 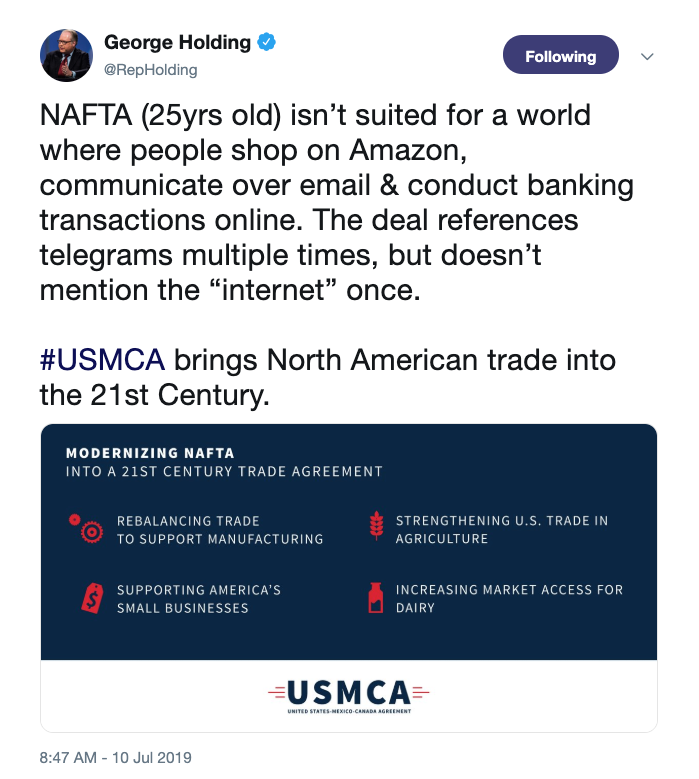 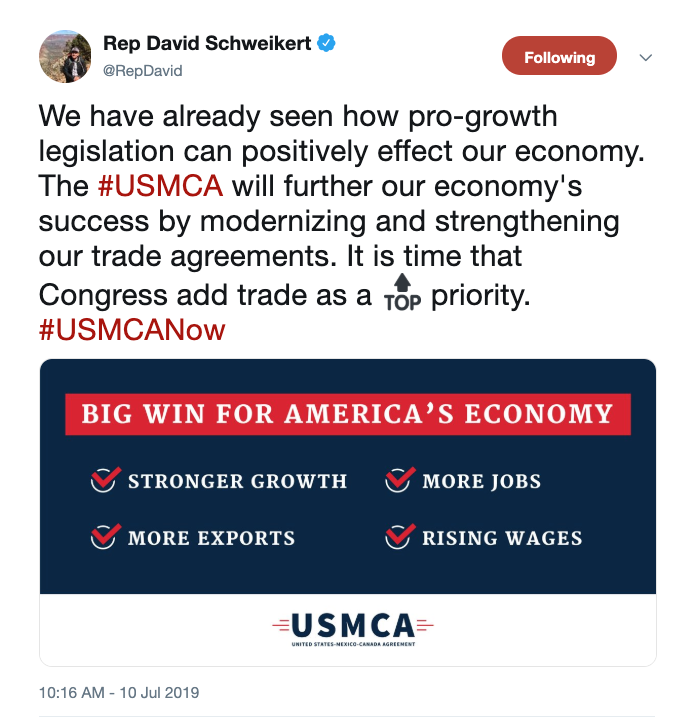 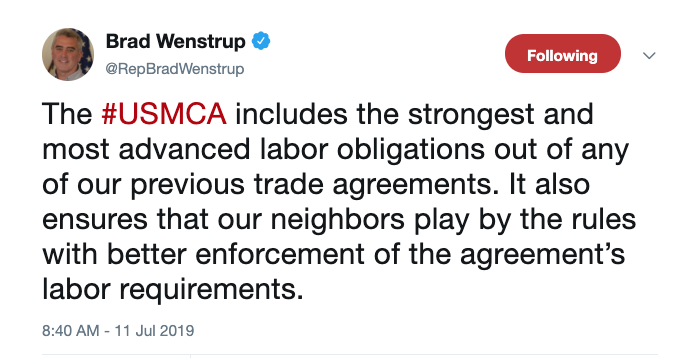 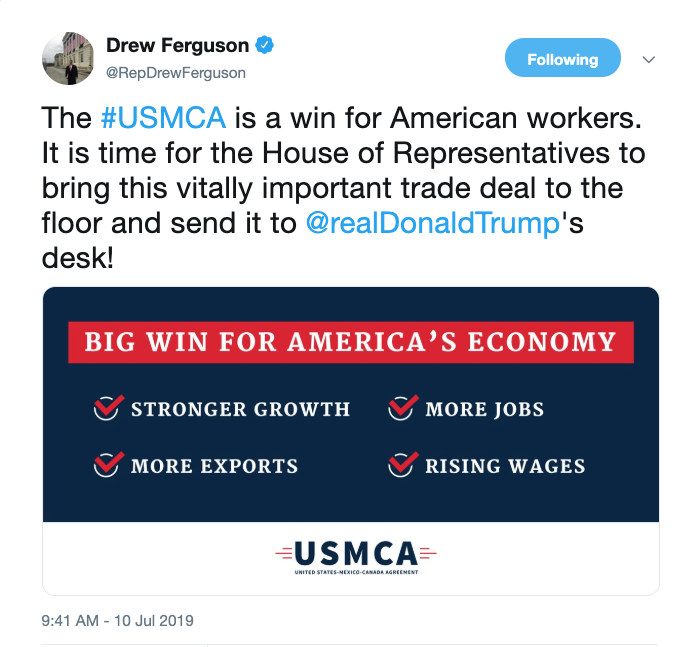 CLICK HERE to learn more about USMCA and why American workers cannot afford the cost of delay.

Smith: Stuck Labor Force Reveals False Advertising by the Biden Administration on the State of the American Economy